Several years ago, I was in  a women’s class at church where in one session, we were encouraged to purchase a tea cup and saucer, and set time apart to drink tea, and probably read too (It was a looooong time ago, so  I do not remember all!).  It sounded very British to me, and being a lover of most things British, I was in!  Despite the fact that I do not drink tea (or coffee for that matter.),  I went to Goodwill and bought a fancy looking single tea cup and saucer.  I was living with my mom at the time.   By now she was used to me drinking apple juice out of fancy wine glasses  (I had these pretty wine glasses that I used for juice, since I do not drink wine either)

Anyway, this soap has brought back those memories.  It is the second challenge in which I participate from the Soap Challenge Club and originally I was going to skip it.  The challenge consists of using a drink item, and an edible item in the soap. Since I have already done beer soap, wine soap, coffee soap, soap with carrot puree and soap with pumpkin puree, I thought I did not have anything to learn.  However, I am glad I changed my mind!  As I determined to use something different this time, and when I read in the guidelines that using something local to us was encouraged, though not required.

I raided my pantry and freezers (which was great in itself, as it forced me to figure out what the mystery bags were):

My advice? Do yourself a favor and always label and date whatever you freeze, make it a law for others who live there too, especially if it is spicy and you cannot handle spicy food.  Just take my word for that.

In the end, I decided to use peppermint green tea for my drink item,  since I figured it would not discolor the soap batter too much (or would discolor to a green, which I could incorporate into the design).  And for the food item: Blueberries!  I have gone blueberry picking here before, so though perhaps Texas is not famous for blueberries, I know they do grow here.

I originally had chosen apples, since I had several on hand, but I did not cook them or peel them before putting them in the food processor and later on the mortar.  (There were still chunks and peel pieces that I was concerned would eventually mold in the soap, it was not quite getting the texture of a puree.  (Later, when I read a blog post from the challenge help tips, I realized I should have cook it briefly).  I did not have that issue with the blueberries, since they are softer, and I passed them through a colander after blending them, to avoid big chunks. 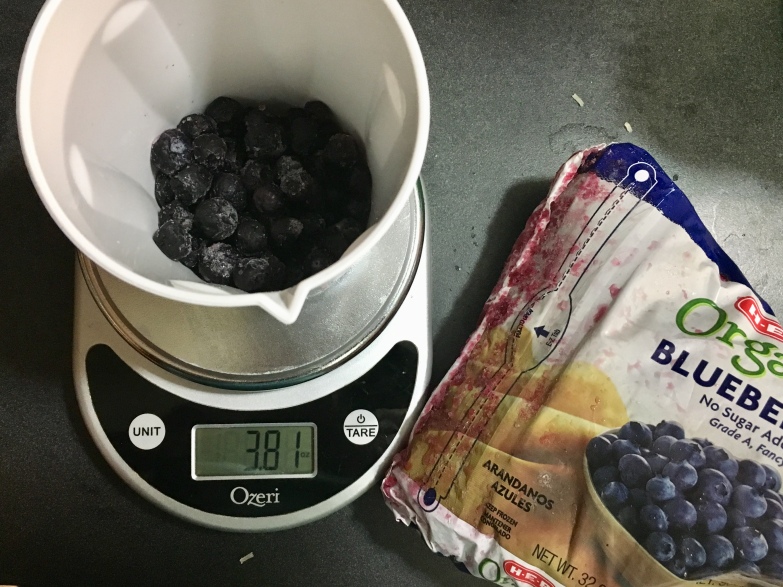 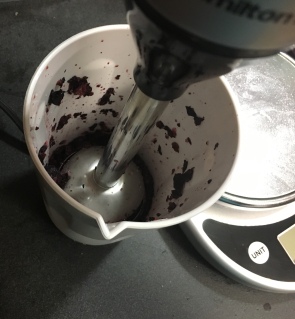 I decided to aim for the Advanced level of the challenge and use only natural colorants and essential oils for fragrance.  (I have a stash of essential oils I need to use up before the end of the year anyway.)  This meant though, that even any decorations I planned to use (such as soap dough embeds) would need to be colored naturally.  Thankfully, I had some soft soap left over that had been colored with kaolin clay and partially  colored with orange 10x essential oil (a soft yellow).  I had used it to make the sun embed, in the Sunshine Soap Collaboration.   and kept it in a sealed plastic bag.  So, I used this soap dough to make the tea cups, and painted them with indigo powder, rose clay, and annatto powder.  It was tricky, but I am very happy with the result. 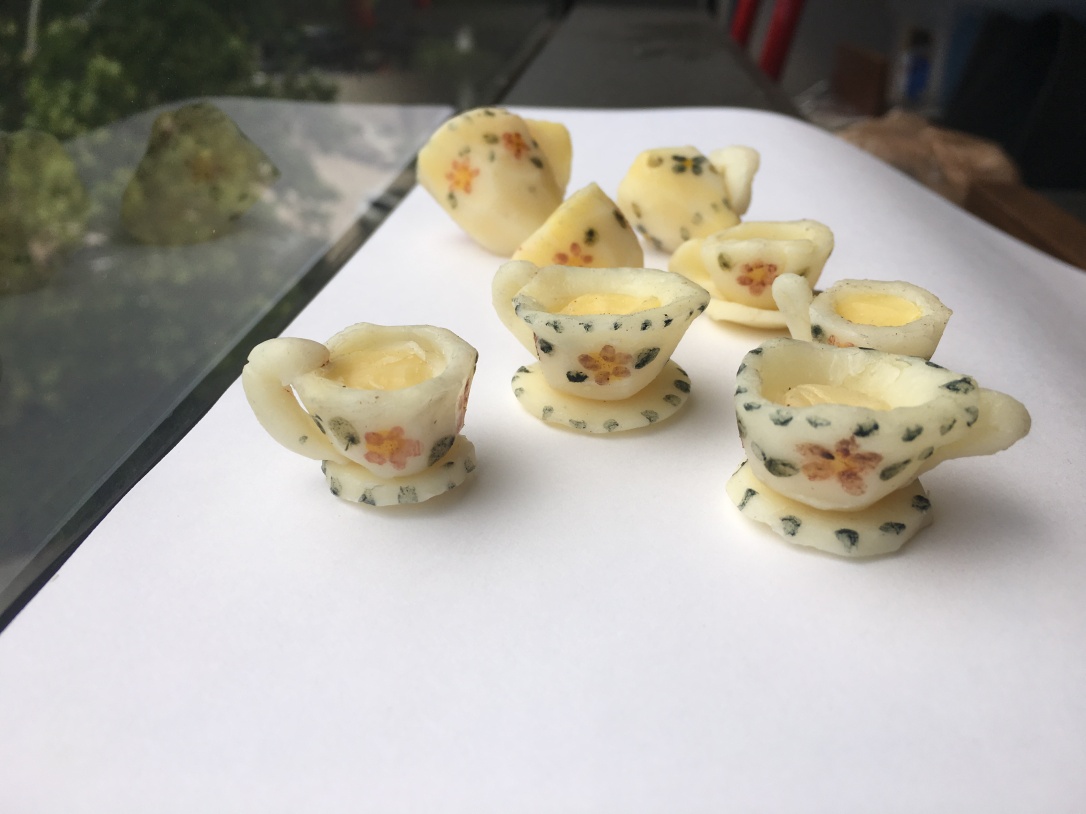 I also made some soap dough with natural colorants, with mixed results, however, indigo was one of the colors that were successful, so I was able to make blueberries with it. 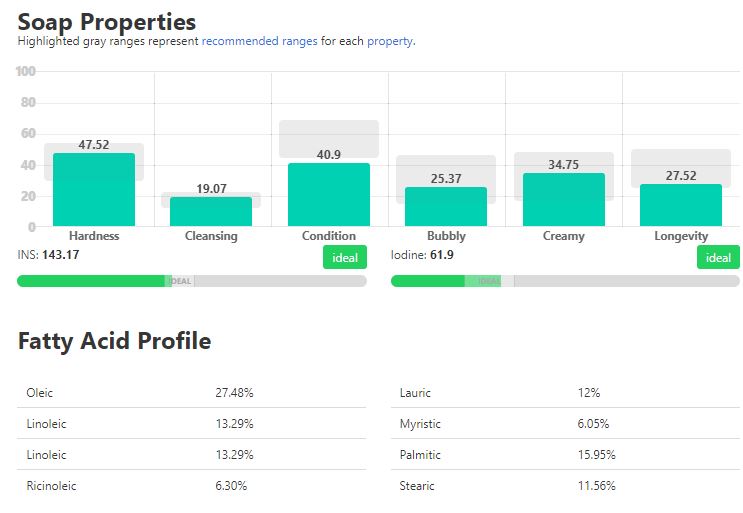 The oils temperature was 87° Fahrenheit / 30°C  and the peppermint tea was frozen and kept in ice bath, I walked away and when I came back it was in the 50’s ° Fahrenheit / 10’s°C

Colorants, Additives and  and Fragrance:

However, given that my soap batter turned brown because of the tea, if I were to redo this, I may do a single color or just two layers instead of multiple. So I would probably just use 2 teaspoons of indigo for the whole batch.

It is hard to explain how I shaped the teacups, I quite struggled with most of them and they were all done slightly differently.  But I found this mold that might work.

PREPARING THE FOOD AND DRINK ITEMS

The day before or several days before:

Here is the video for the making of the soap

I am originally from El Salvador, I have lived in The States for about 20 years, and I admire and also enjoy creating artistic items. View all posts by soapsbyglenda